Can You Go Skydiving and Scuba on the Same Day? 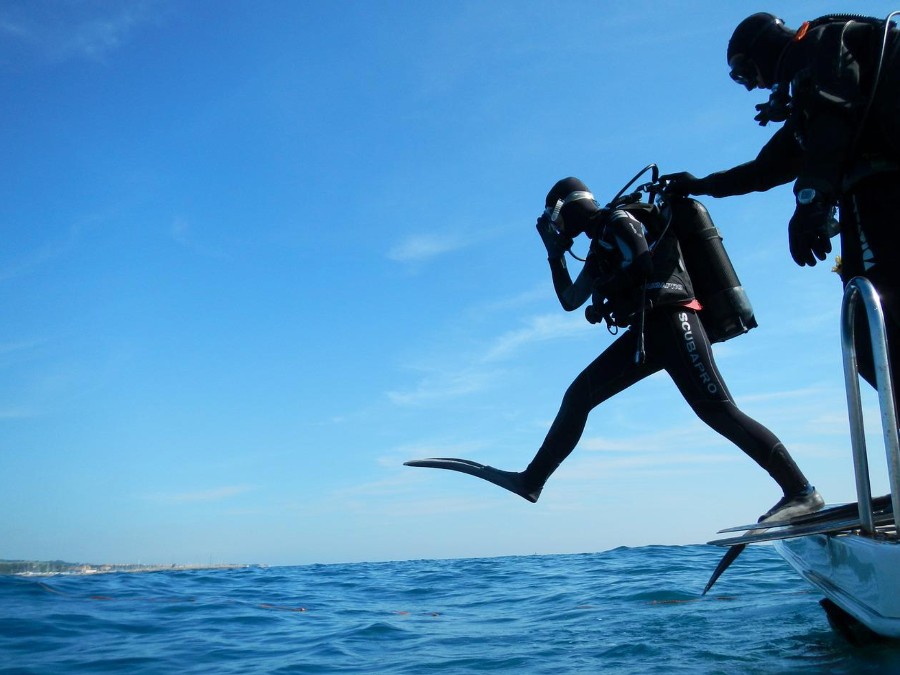 If you're trying to have the most adventurous 24 hours ever, you might be interested in scuba diving and flying (and jumping out of that perfectly good plane!) all in the same day. It's a cool idea - and also a potentially very dangerous one.

There are lots of skydiving rules and recommendations that cover a multitude of topics you probably wouldn't have thought to even associate with skydiving. For instance, it can be an issue to scuba and fly within a short period of time. Both are extreme types of diving, but one is miles above the ground and the other is below sea level.

Let's break it down and see why scuba after flying can be a problem. 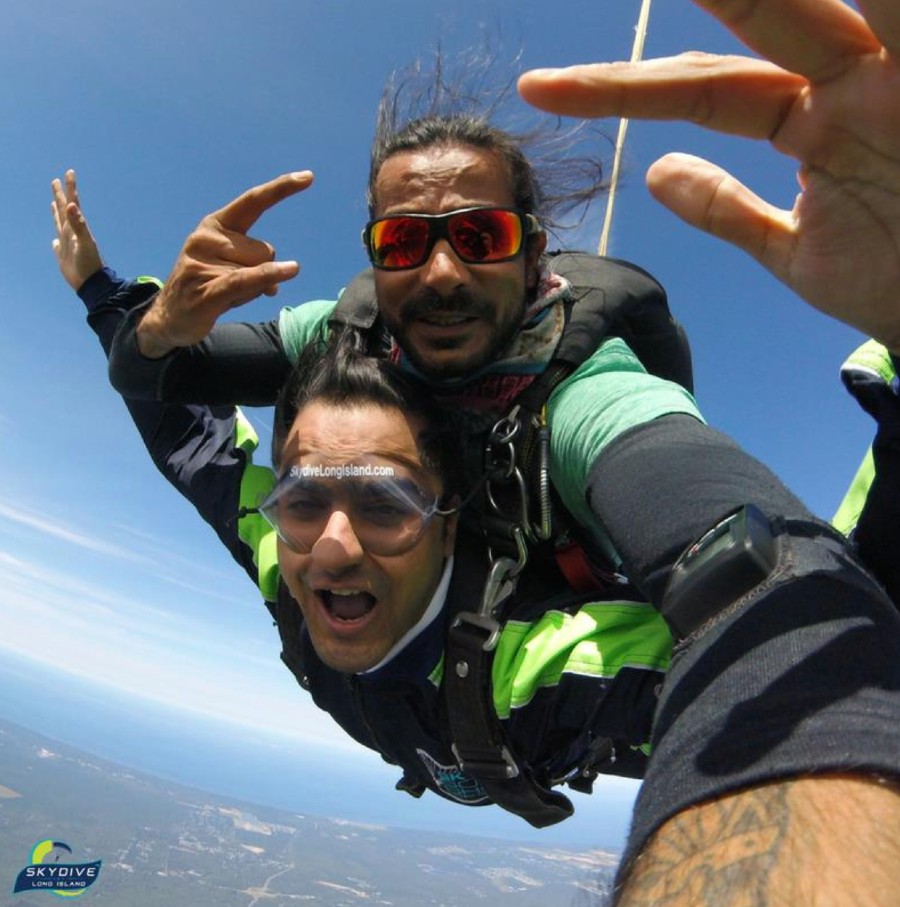 Since you're on our website, you probably have a pretty solid idea of what skydiving is all about - but, for the people in the back:

Skydiving involves riding a plane up to a certain altitude and jumping out of the plane with a parachute. The skydive has three distinct parts: the plane ride up, freefall, and the parachute ride to the ground. Tandem skydivers are strapped to an highly-trained tandem instructor; licensed skydivers skydive on their own for fun or competition; and student skydivers are learning to become licensed skydivers. Most people who go skydiving do tandem jumps because the instructor handles most of the responsibilities, allowing the tandem skydiver to essentially relax and enjoy the experience.

What is Scuba Diving?

Many people have a basic understanding of scuba diving: underwater diving that includes use of a tank of pressurized air so you can breathe underwater. Scuba is actually an acronym - SCUBA - which stands for Self Contained Underwater Breathing Apparatus. People typically scuba dive anywhere from 30 ft to 130 ft below sea level. Because of the pressure associated with being so deep underwater, scuba divers need to ascend slowly on their way back up to the surface. 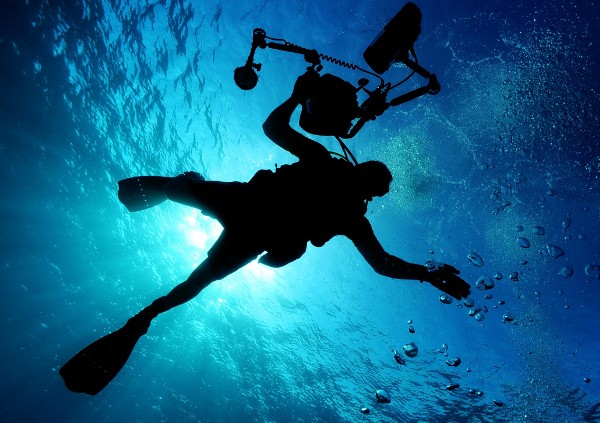 Can You Scuba and Go Skydiving on the Same Day?

Yes, you actually can! HOWEVER, scuba diving and flying same day requires strategy - you would need to go skydiving first and then scuba diving after. The order is very important; there's no issue with skydiving prior to scuba, but it is downright dangerous to skydive after scuba.

The Science of Scuba and Flying

So, why can't you go on an ocean dive and then follow it up with a skydive? The answer is because it can cause decompression sickness (also known as the bends).

When you go scuba diving deep under the water, your body absorbs nitrogen gas, and that gas compresses because of the pressure. Ascending to the surface slowly allows the gas to be eliminated through your lungs. If you ascend too quickly, then the gas forms bubbles in your body's tissues, which can cause symptoms ranging from dizziness and nausea to life-threatening issues like an embolism.

The reason that you can't go flying immediately after scuba diving is because your body is still getting rid of the nitrogen gas in your body. The higher you fly, the less pressure there is in the atmosphere. While the pressure difference is a non-issue for most people, for those who have recently scuba dived this quick pressure decrease mimics a quick ascension on a scuba dive, resulting in the nitrogen forming bubbles in your blood. No bueno.

For real, don't dive and fly. 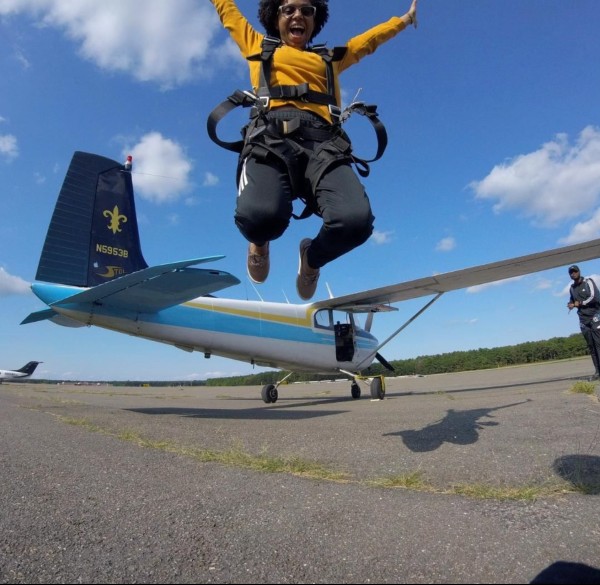 How Long Do You Have to Wait?

It is important to give your body the time it needs to get rid of the nitrogen after a scuba dive before flying or skydiving. To safely go scuba diving then flying, the Federal Aviation Administration recommends waiting:

At least 12 hours, if your scuba dive did not require controlled ascent AND if your flight altitude is below 8,000 ft

At least 24 hours If your scuba dive did require controlled ascent and/or if your flight altitude is above 8,000 ft

While you technically could go skydiving and scuba diving on the same day if you went skydiving first - why not let each awesome activity have their own day in the sun? But if you're really determined to do both on the same day, remember that to keep it fun do not go scuba diving before flying!

Ready to get your knees in the breeze ... and then head under the sea?! Come jump with us! Book your tandem today!