Can You Skydive Pregnant? 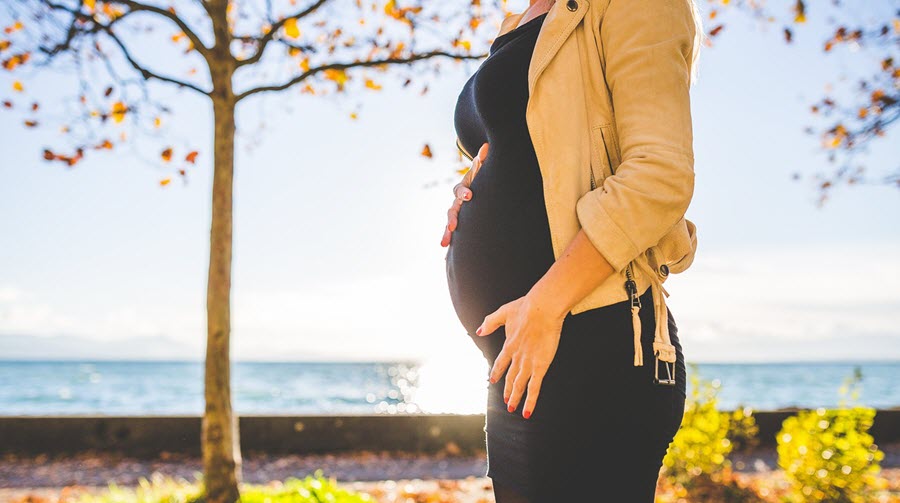 Not surprisingly, when you ask your doctor if you can skydive while pregnant, they'll tell you no. Doctors, by their very nature, are conservative; therefore, it's a precious few who will recommend that their bump-sporting patients take on a high-risk sport. Mostly, this is a hedged bet: no doctor wants to deem an activity as "safe" and then wear the blame if something goes wrong. That said: As with many things in this world, it's possible to frame a slightly different perspective that's still empirically correct.

The simple answer is this: Yes, you can skydive pregnant if you are a licensed jumper and you choose to take the risks. No, you cannot skydive pregnant if you are a first time tandem skydiver, because of the considerable liabilities. That said, many pregnant women have made sport skydives during pregnancy with no ill effects to either themselves or their babies. In fact, our own Melissa Nelson-Lowe--a multi-World-Record skydiver who jumps and coaches at the highest level--has jumped with a baby on board.

"I did jump in the beginning of the first trimester," Melissa explains, "Because at the time, I didn't know I was pregnant. I have had several other mom-skydiving-friends who have jumped in their pregnancies, but I decided not to. I might have made a different call if I were jumping just for fun, but much of my jumping was done as a coach and load organizer, and I didn't want the people I was jumping with to spend their freefall time worrying about the pregnant lady. I also realized that skydiving was going to be there for me post-baby. My son has about 25 jumps in utero - like I said, before I knew I was pregnant. And post-baby, I now have 4 world records as a mom, 18 total!"

So, you're wondering, That's all fine and good, but is it safe to skydive while expecting? Y'know what? The fact is that skydiving is a risky sport, whether or not you're jumping for two. It goes without saying that any accident involving an expectant mother would be doubly tragic. As skydivers, though, our stock in trade is measured risk. If we hadn't decided in the early days--and kept deciding--that the delight in a skydive outweighs the inherent danger, we wouldn't do it. And we certainly wouldn't be jumping if we expected to die, or to get injured.

A 2014 study published in the Clinical Journal of Sports Medicine ended up standing with the doctors as far as the safety of pregnant skydiving is concerned, but it's a more interesting and nuanced read than that would imply, The paper provides a sturdy set of survey data and "a literature review of pregnancy and parachuting/skydiving related issues to help the pregnant skydiver and her obstetrician make an informed decision." The data sets presented include the pregnancy and delivery stats from sport skydivers alongside the jumps they made and the precautions they took. In some cases, these ladies continued jumping until their gear no longer fit them.

The paper isn't perfect, of course. Survey participants were limited in demographic, comprising predominantly 25-year-old and 35-year-old European women with 100 to 1000 jumps' worth of skydiving experience. The literature review segment of the paper "found no relevant literature regarding the question" as it searched existing medical literature for obstetric risk factors that approximated those present in skydiving (such as oxygen saturation in air the expectant mother breathes, the shock forces she experiences, or the long-term effects of short-term stress on the mother and offspring).

The paper's conclusions were pretty clear: Since the very physiology of pregnancy is a risk factor for injuries, loosening musculoskeletal cohesion and making the mother more vulnerable to injury, the paper was tentative in siding with the decisions of its more jump-happy ladies. "Injuries in pregnancy are clearly associated with an unfavorable pregnancy outcome," the paper concludes. "The recommendation 'do not skydive during pregnancy' is the safest approach."

Every pregnancy is different--so much is clear--and each sport skydiver has to decide for herself whether she wants to keep jumping through her pregnancy. Informed skydivers decide if they're prepared to manage the possible consequences arising from a less-than-perfect skydive. The fact is that skydiving athletes do make the choice to make sport skydives while pregnant, and will continue to do so--but tandem skydiving is strictly a two-person affair (instructor and non-pregnant student), and will remain so in perpetuity.

This place rocks! I am so happy that I chose Skydive Long Island for my first skydiving experience!