Skydiving and BASE Jumping - What’s the Difference? 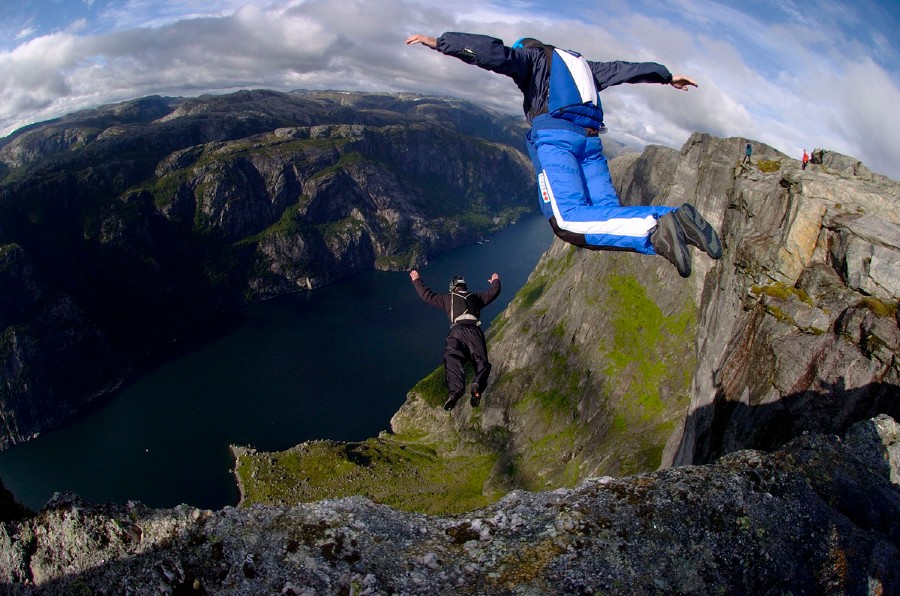 Without having already learned the differences, it is easy to forgive someone for thinking that jumping out of an aircraft or off the top of a big cliff or tall building is the same thing. It looks the same, right? Put on a backpack containing a parachute, jump, open parachute and then land. While BASE jumping and skydiving are indeed related in certain ways, there are some crucial differences that separate the two to the point where they are defined and considered as different sports.

BASE is an acronym - like SCUBA or NASA - with each letter standing for one the four main categories of object that people jump from. Building, Antenna, Span (which means bridge) and Earth. However, people also sometimes jump from objects not represented by these letters, such as giant wind turbines or very tall fairground rides - even proven possible have been the top mast of a sailing ship and a particularly tall tree. The easiest way to think of it is that whatever you are jumping from is attached to the ground it is a BASE jump, if it is flying in the air it is a skydive. People routinely skydive from aeroplanes, but also from helicopters and hot-air balloons, airships and paragliders - even from a purpose built drone platform. 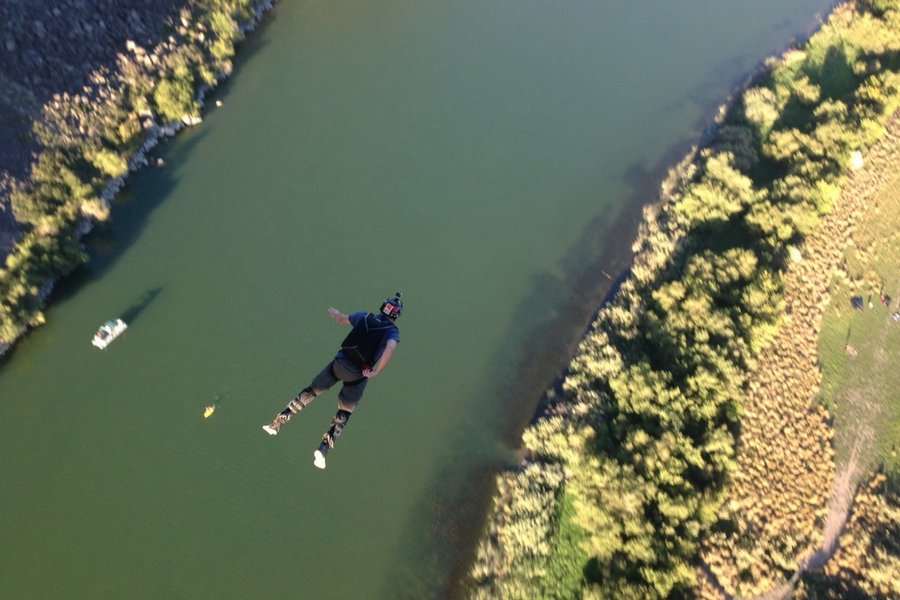 The gear used by skydivers and BASE jumpers is also different. Skydivers jump from much higher altitudes and because they have time utilise it if necessary they always carry two parachutes - called a main and a reserve. BASE jumps happen from much, much closer to the ground, the object you are jumping from and the surrounding terrain - so there is no time to use a reserve system and as such they are not carried. Skydivers also carry additional awareness devices in the form of both visual and audible altimeters - along with an automatic activation device (AAD) that when activated properly, open a the reserve parachute if the main parachute opening parameters are not met.

In the USA and around the world skydiving is a recognized and regulated sport with a huge emphasis on maintaining excellent safety standards. Skydiving gear is regularly inspected and tested, and must have accompanying documentation to support its usability. For example - the reserve parachute you carry on every skydive must be inspected and re-packed every six months by a suitably qualified professional, and every dropzone you visit will ask to see the official documentation that you carry before you will be allowed anywhere near the plane.

There are places around the world where it is legal to BASE jump, but as often as not climbing something to jump off the top of it will likely involve breaking a law or two - mostly by trespassing on private property. BASE jumpers are (for the most part) very responsible and unlikely to cause damage with their actions, but even the most commendable attitude towards breaking the law will still get you arrested.

Although they are definitely related in some ways, skydiving and BASE jumping are very different. The very short version is that while skydiving can be considered as a safe sport, realistically BASE jumping cannot. Due to the lower altitudes involved and both the closer proximity to terrain and objects combined with the use of a single parachute system, the risk involved in BASE jumping is much higher.

Both BASE jumping and skydiving are tremendously exciting things to do, and the crossovers that do exist mean that once you begin your skydiving journey, opportunities to pursue BASE jumping may begin to present themselves. The key things to understand for rewarding experiences in both are the same - do things in the right order, take your time to learn them properly and surround yourself with the correct people. 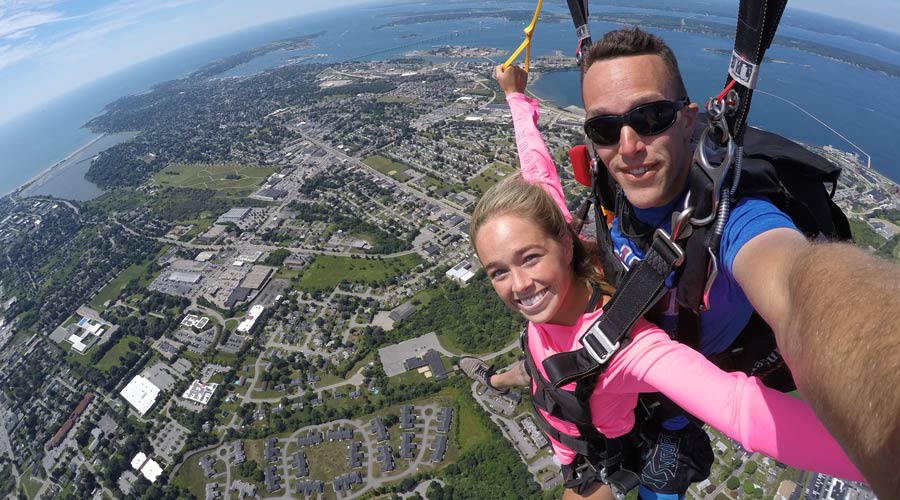 The building blocks of pursuing BASE jumping in the safest and most sustainable way begins with a strong career in skydiving. Both sports involve managing the risk of what you are attempting - and sport skydiving as both an industry and a community have a very healthy support structure for building the skill and experience you require. Also, skydiving is an amazing, life changing hobby all by itself and the sport is full of people that spend their entire lives flinging themselves out of flying machines and loving every minute of it without ever making a single BASE jump. So, what are you waiting for? Regardless of which direction your skydiving career ends up taking you - the first step is always high up in the sky leaping out of a perfectly good aeroplane, and here at Skydive Long Island we have everything you need to get started in exactly the right way.

The freefall is not as bad as I thought it would be, rollercoasters are much much worse. Freefall feels like you're going through a giant wind tunnel and you can't be scared because you're too high up. Fantastic experience and I can't wait to do it again.