That Jumping Out of an Airplane Feeling 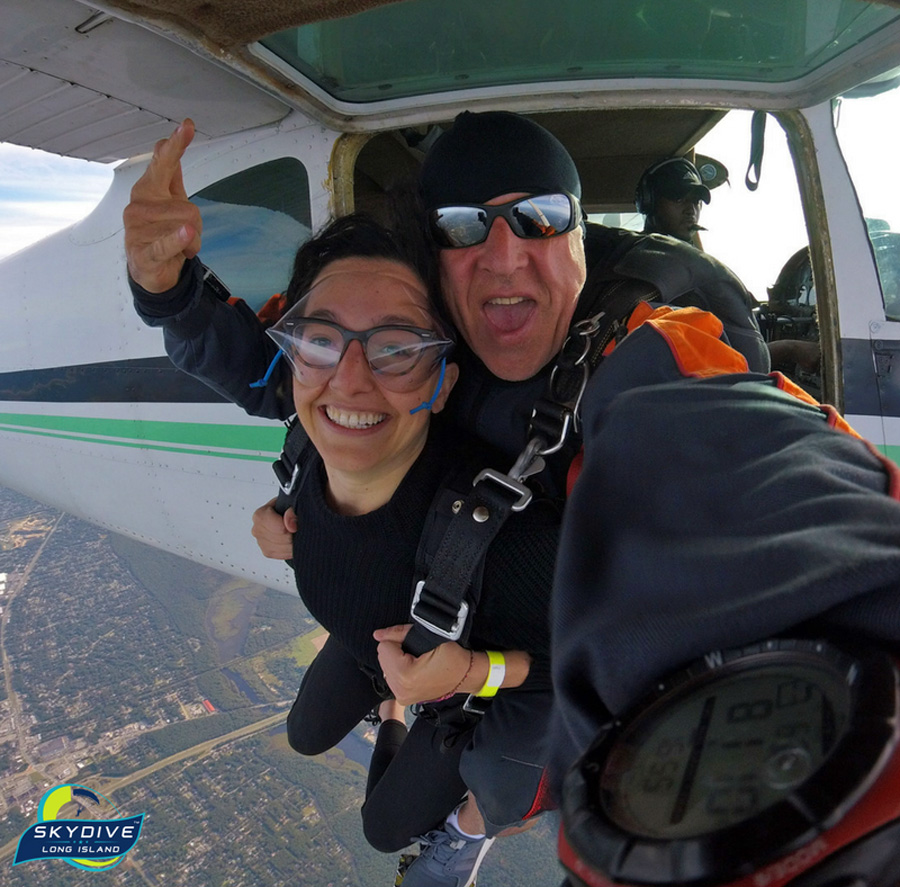 That jumping out of an airplane feeling is a hard one to describe and an even harder one to forget. To some, the feeling of jumping from an airplane is a rip-roaring, thrill-seeking escapade of pulsing adrenaline and terminal velocity. To others, the feeling is a spiritual one, more akin to a transcendent experience. And you know what? Neither is wrong. The feeling of jumping out of an airplane manifests itself differently in different people, but there are always a few things in common.

To deconstruct that jumping out of an airplane feeling, let's start with a look at the science behind it.

One of the most interesting perceptions of jumping out of an airplane is feeling suspended - a bit like you're floating on air. This confounding sensation occurs because you've reached terminal velocity. Terminal velocity is when you no longer accelerate, and the force of the air resistance you encounter is equal to the downward force of gravity acting on you. As you are drawn downward by earth's gravity, the air molecules push back against you, creating drag. An equilibrium is reached, resulting in that floating feeling. In fact, you'll have nearly no idea of the speed you've reached (around 120 mph) unless a puffy fluffy cloud serves as a static, relative object as you come zooming by!

You Feel Like Your Perception of Time is Unreliable

It's been well noted that the perception of time can be distorted in certain high-energy experiences and situations. A study completed in 2007 published in the journal Behaviour Research and Therapy, explored this experience of time distortion in relation to skydiving. The study took novice tandem skydivers and asked them to assess their level of fear and excitement before and after their skydive. After landing, the jumpers were asked to estimate how long the experience lasted. Though physical time does not change, jumpers who felt increased levels of fear and stress perceived time to pass more slowly - similarly to how things were arrested and hyper-focused in various moments in The Matrix. Conversely, jumpers with increased excitement felt that time "flew" by (pun most certainly intended)!

The body has some pretty neat tricks. One occurs specifically when we experience a perceived threat. Here's how it goes: Sensory information of the perceived "threat" reaches your hypothalamus. The body's sympathetic nervous system is then stirred causing your body to tense and your mental focus to sharpen. A signal is sent to your adrenal glands causing them to produce and release epinephrine (adrenaline) into your bloodstream. At this point, you're ready for anything - your heart races, pupils dilate, and blood is pumped more quickly than ever, flooding your muscles. The cortisol and adrenaline also boost your blood glucose levels and temporarily increase your strength by allowing more energy to be used by your muscles. In essence, you're superhuman for a moment. As if that wasn't cool enough, it's crazy that this whole process occurs without you even consciously thinking about it.

Oh, and the cherry on top? The effects are felt much longer than the actual skydiving experience. For the remainder of the day after your skydive, you feel tingly, euphoric, and, even though you've landed, you are still on top of the world. 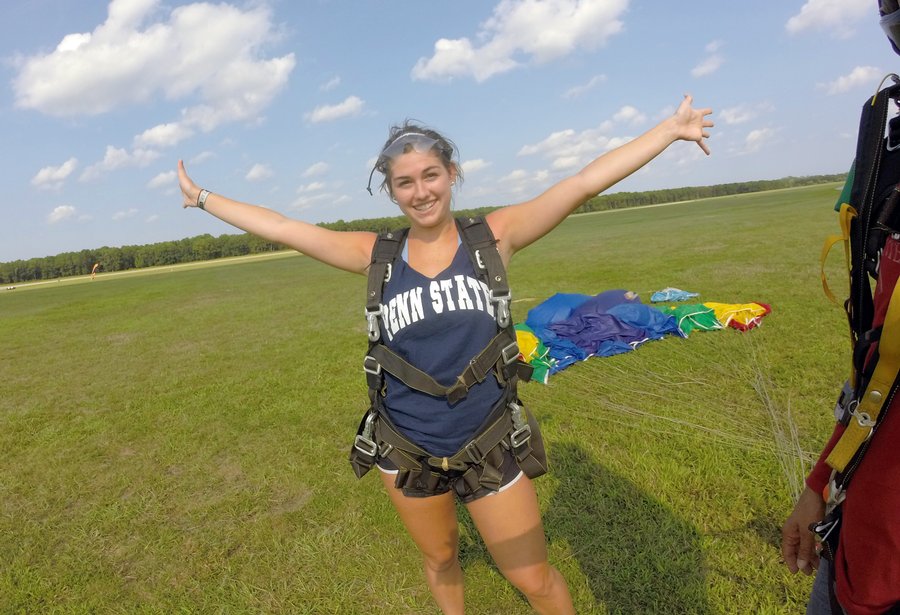 The drab lull of the day-to-day routine has a way of getting us down. The stress of daily obligation keeps us preoccupied and from feeling alive. We have found the best way to escape is to find a space where you can feel free and see things from an entirely new perspective. Jumping out of an airplane does just that. That jumping out of an airplane feeling is a feeling of focusing on one thing and nothing else. In freefall, worries are cast from your mind. It's time to de-stress.

Through facing your fears and taking on the challenge of trying something new, you'll realize the cage you've built for yourself has never been locked. In fact, the doors have always been open. It just takes that jumping-out-of-an-airplane-feeling to help you see it and give you the confidence boost you need. Take it out into the world and put it to use!

What do you say? Come to Skydive Long Island and experience a totally new you today.

My GF and I just had our first sky diving experience with Skydive Long Island this past weekend and it was FANTASTIC!