The Difference Between Paragliding and Skydiving 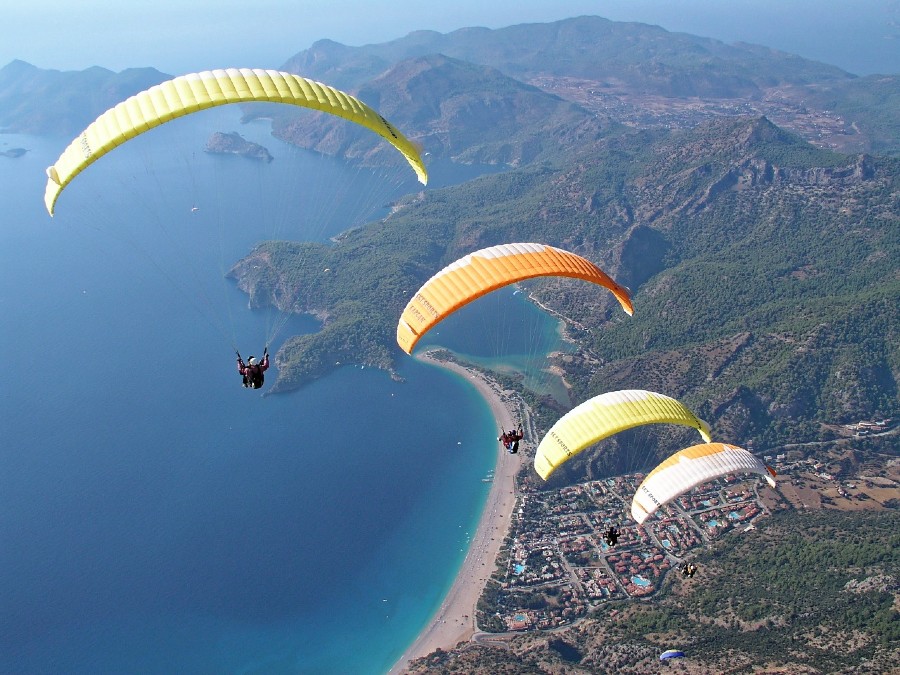 Dangling underneath some carefully sewn together fabric and flying about in the sky is an amazing thing that we get to do. In a relatively short span of years human beings have gone from staring up at birds and wondering by what magic they can do that, to deciphering the science of flight to the point we have portable magical backpacks that allow us to get up there and play along.

We have figured out a variety of ways to achieve flight using parachute technology, and although at the most cursory glance they look the same, there are some key differences to understand when you are looking at getting involved. The two most common ways to get started - and the two words you are most likely to have heard of before you step on the path - are skydiving and paragliding. While there are definite similarities between them there are differences to the extent that they are and should be considered as separate sports.

The most concise version is this - Skydiving is the one where you jump out of an aeroplane with everything tucked away into a backpack and deploy your parachute in the air after falling for a bit. Paragliding is the one where you get everything out of the backpack and spread it out on the side of a hill then run along down the slope until you take off. 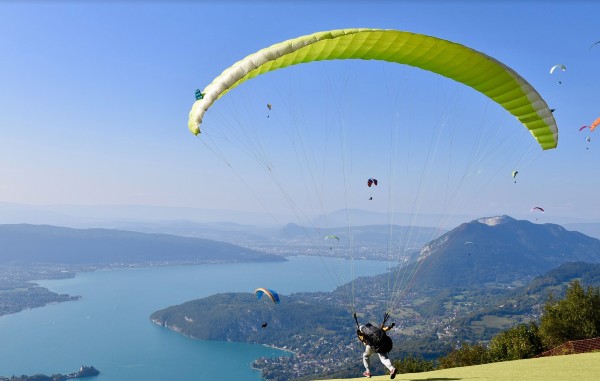 Parachutes and paragliders serve different purposes. A parachute is comparatively small so it does not get in the way during freefall and is primarily used to get you onto the ground in control and in the right place. A paraglider is made to be big enough to allow you search for lift and - when piloted correctly - stay up flying around for longer.

Although scaled differently, parachutes and paragliders use the same principles of aerodynamics as all flying machines, and as such there is definitely some fundamental knowledge that passes between the two. Skydiving and paragliding are however very different sports in significant ways and as such there is specific training for each - even to the point that getting qualified in one will highlight additional things to understand about the other that perhaps you otherwise would not consider. A very important thing to understand is that despite the similarities in some areas - the safety procedures for each sport are different and require the necessary training to understand what they are, when to use them and how to do it.

A quick example is that a skydiving parachute is designed to be landed on an airfield or similar area that is most likely a big flat patch of grass - so you are trained how to get yourself there and avoid things that it would be uncomfortable to land on. While paragliding, you also need a sensible flat area to land on - but for the rest of the time you are searching for wind currents and thermal activity that are created by things that you are taught to avoid while learning to skydive - like, say, mountains.

Both skydiving and paragliding have certain weather conditions in which they can happen. As you progress from being a student to gaining more experience you will be able to fly or jump in a wider range of conditions.

The nature of the differences between skydiving and paragliding mean they shouldn't probably be thought of as and either/or choice that might cover the same ground in your head and heart. Both sports are challenging and amazing adventures that can take you places and show you things you did not believe as possible. Both sports have very supportive international communities that provide you with friends and connections far and wide. Both sports require a similar level of investment and operate under roughly approximate conditions.

However, if you were to ask a hundred people with no experience of either thing to write down their bucket list, the results would very likely demonstrate overwhelmingly that there is something that resonates deeply inside human beings about the idea of leaping from an aircraft and falling unrestricted from very high up. 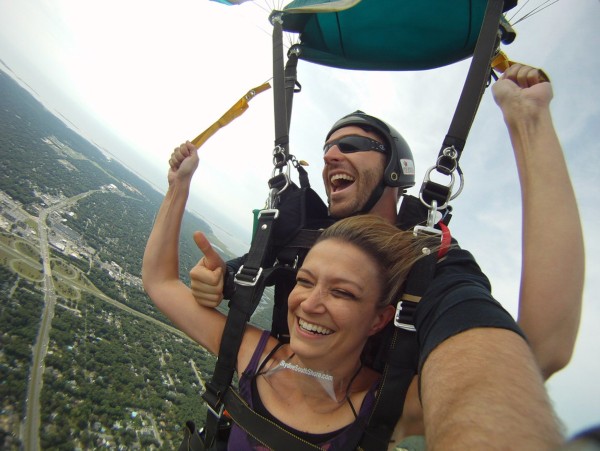 In simple logical terms, skydiving presents you with a bit of a bigger window into what is involved with paragliding than the other way around. The end part of a skydive is flying a parachute around for a few minutes - and while paraglider types would do crazy things for suggesting this is the same as what they do - it can show you the light. There is only one way to experience what it feels like to jump out of a plane - grab a parachute, a helmet and some goggles, and let's go.