The Physics of Skydiving 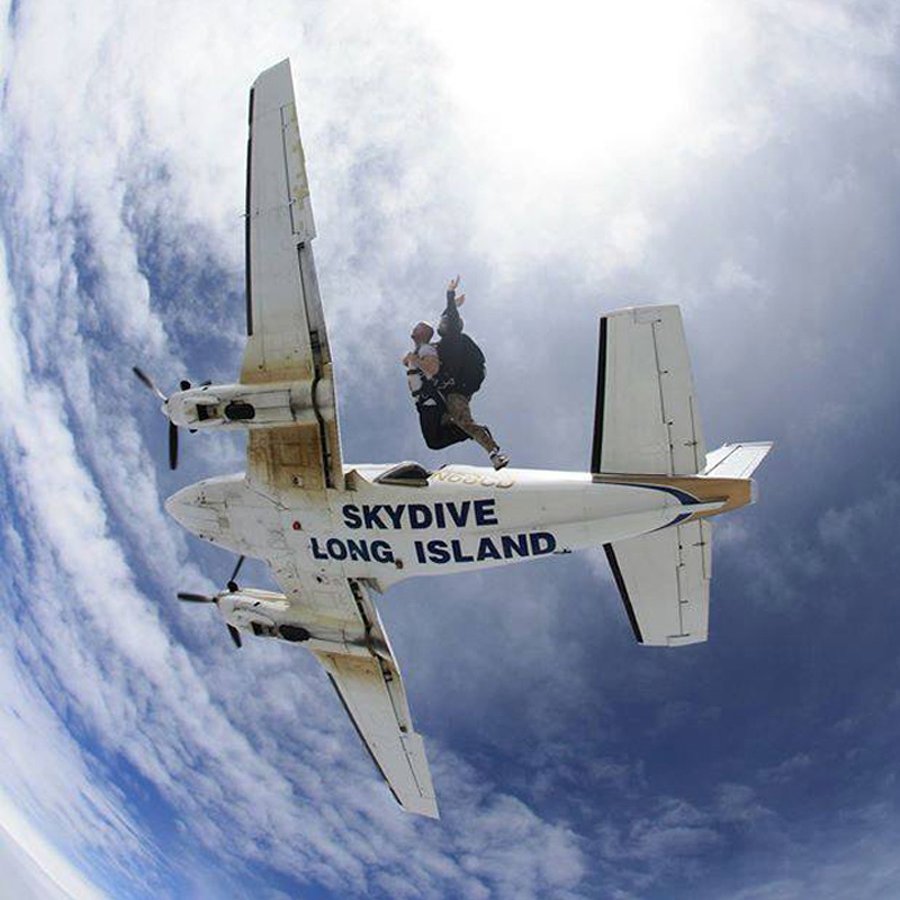 If you took the class, you probably have some pretty dull memories of learning physics in school. For most students, physics could easily take the title for Biggest Snoozefest of My High School Career. That's a damn shame, honestly, because it could easily qualify as The Most Interesting Subject To Try To Wrap Your Head Around, Evarrrr. In what we do for a living at Skydive Long Island, we're squarely in the second camp. And our classroom is the entire atmosphere. And we run experiments constantly. Welcome to our Physics of Skydiving lab!

The Basics: A Ballet of Gravity and Resistance

Like pretty much anything else in physics, skydiving has to do with relationships between elements of the physical universe. Specifically, in skydiving, we're jumping straight into the middle of the relationship between gravity and air resistance.

Let's start in the plane, shall we? When we get out of a plane at altitude, the plane does not stop. (If it did, it'd stop flying, which is not good for us, the pilot, the plane or the folks down below.) Since the plane is moving, it's creating an environment of "relative wind." Relative wind from the plane is experienced much in the same way as it is from the window of a moving car when your dog sticks its adorable floppy-eared head out of it. It may not be a windy day, but his cheeks are still flappin' away, right? That's relative wind.

Since the plane will be moving at a pretty good clip as we're exiting, the relative wind is strong when we first get out that door. In fact, it's faster and stronger than we'll experience the relative wind until we're fully accelerated to terminal velocity. This differential creates a playground-slide effect in the air that most skydivers refer to as "the hill."

We skydivers like to use that invisible ski slope, and we do so by presenting the widest amount of surface area we can to the relative wind as it comes back at us from the front of the plane. If we do it right, we can smoothly slide instead of turbulently tumble. Imagine the Super Slide at the state fair: if you ride it on your stomach or your back, you're gonna have a good time. If you ride it on your hip or your shoulder, you're gonna have a bad time. Make sense? Since the "hill" is outside the plane and a little bit twisty, there's an art to this. (Your tandem instructor will reliably be a master of this art.)

Finally, we're at terminal velocity. Woo hoo! If there are strong winds at altitude, there will still be some sideways forces shoving us around a little bit, but for the most part this is gonna be our sweet spot of straight-down time.

From here, we can choose to change our speed and direction by playing around with drag. If we put ourselves in belly-to-earth orientation, we can slow down. If we sit up, stand up or go upside-down in the sky, we can go faster. (Totally possible, by the way!) If we have a wingsuit on, we can gliiiiiiiide. There are seemingly infinite configurations to go into, whether we're solo or jumpin' with our friends. Interesting skydiving physics facts that would take a who article in and of themselves to pull apart:

You're Gonna Get a Gold Star

Class is always in session at Skydive Long Island! How about signing up for skydiving school and studying Freefall Physics from the inside out? We'd love to see you in the front row of our big, blue classroom!

This was my first sky diving experience and I must say I was really impressed. The staff on a whole was extremely friendly and professional.