What is a Tandem Skydive & Why Should You Try It 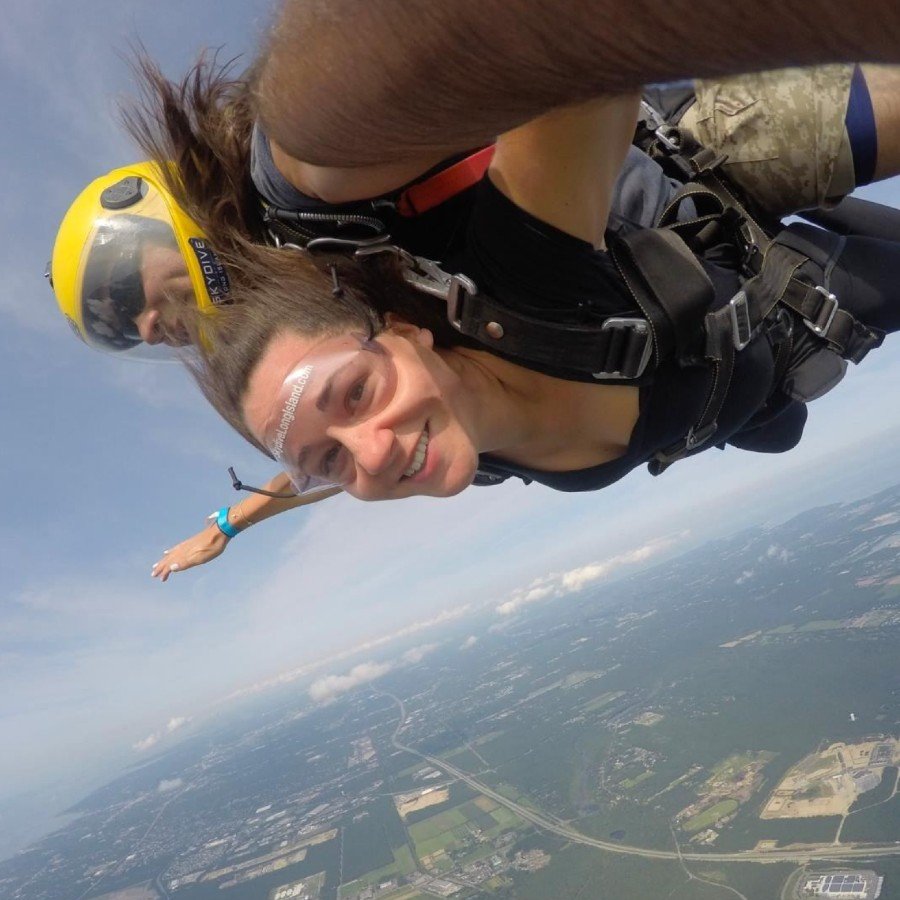 Parachuting started off as a military thing - but pretty quickly after realizing that jumping from the plane was easily the most fun part of their day, an assortment of soldiers and some handy friends set about how to turn skydiving into the best pastime ever. Once they got it figured out and 'sport jumping' became a thing, attention was then turned toward how to share such an amazing and life-changing experience with as many people as possible.

It takes a little bit of time and effort to learn to skydive by yourself, but what if there was a way that a suitably qualified and experienced jumper could take another person with them for the ride - attached on the front kinda like the extra gear a soldier might carry? It was already known that the equipment could easily handle the weight, as by this point military had been using it to deploy all sorts of heavy things for ages (in fact, the very earliest tests with two people underneath single parachute used exactly this - a big canopy designed to drop a Jeep) In the late 70's - after a bunch of experiments that probably appeared as insanity to regular folk but were actually quite methodical and exacting, tandem skydiving was born!

Over the years between then and now, tandem skydiving has evolved into a globally established method for people to easily and efficiently experience skydiving for the first time. When you go for a tandem jump, the training is quick and very straightforward - a fifteen minute briefing featuring a selection of simple instructions about exiting the aircraft correctly and how to assume a good body position in freefall, then a few minutes to gear up and you are good to go! 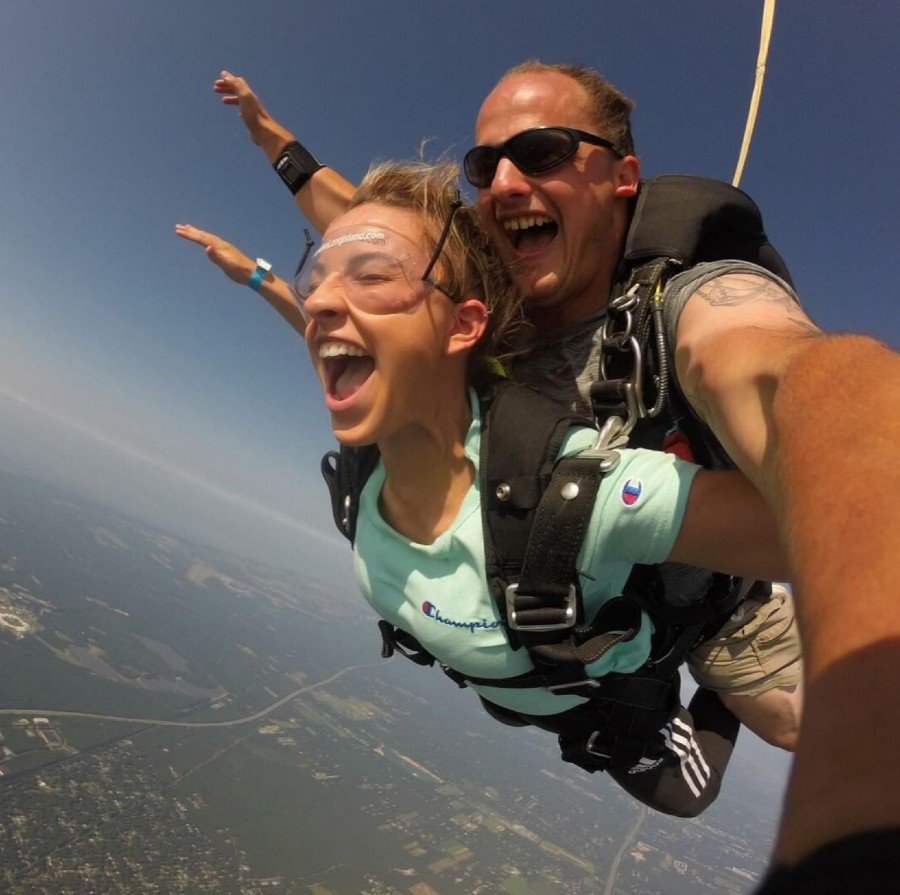 Experiencing freefall for the first time is a truly wonderful event. There are a lot of things you can sign up for to achieve a fix of adrenaline, but of all the similarly marketed extreme activities, skydiving stands head and shoulders above the rest. There is simply something natural about using gravity to generate speed that grants skydiving a unique feeling of beauty and freedom. Jumping tandem for your first time allows you to really savor the feelings and absorb the memories as your instructor is the one managing the equipment and the fine details of landing you back in exactly the right place.

However! There is more to be learned from a tandem skydive should you so wish - as much as you would like to know. A tandem pair is always referred to as instructor and student, and you need only to engage with your instructor to be granted further access and insight into what is involved. Tandem instructors do the job because they get something more than just money from introducing new skydivers to their world and will jump at the chance to share their knowledge with you. Many of them will tell you that although there are various other ways to go skydiving, doing tandems is the most rewarding as every time they get to share a little bit in that first time feeling.

If you are keen, your instructor can give you more information and extra things to do. They might introduce you to movement in freefall or teach you a bit about how parachutes work. They may give you an altimeter to wear so you can keep an eye on your height, or allow you to steer the parachute after it has opened. Learning skydiving basics via tandem jumps is a great way to get started in the sport and is even an officially recognized training method allowing you to progress towards a license of your very own.

Absolutely everyone should go skydiving at least once in their lifetime. In a little over a hundred years humans have gone from looking up at birds flying about and wishing they could do the same, to mastering the sky in many ways. Jumping out of an aircraft into a whole minute of freefall followed by a five minute parachute flight is an amazing thing we have the chance to do. It is normal to be a bit nervous before you go but once you step out of the plane into the sky there is only the purest sensation of speed and joy. A tandem skydive is the perfect way to jump for the first time, allowing you to get up in the sky for the first time really easily and in a manner that lets you really savor every bit of the experience. What are you waiting for?

From booking to jumping, the staff were both very professional and helpful at all times!