Why Skydiving Is Not a Crazy Thing To Do 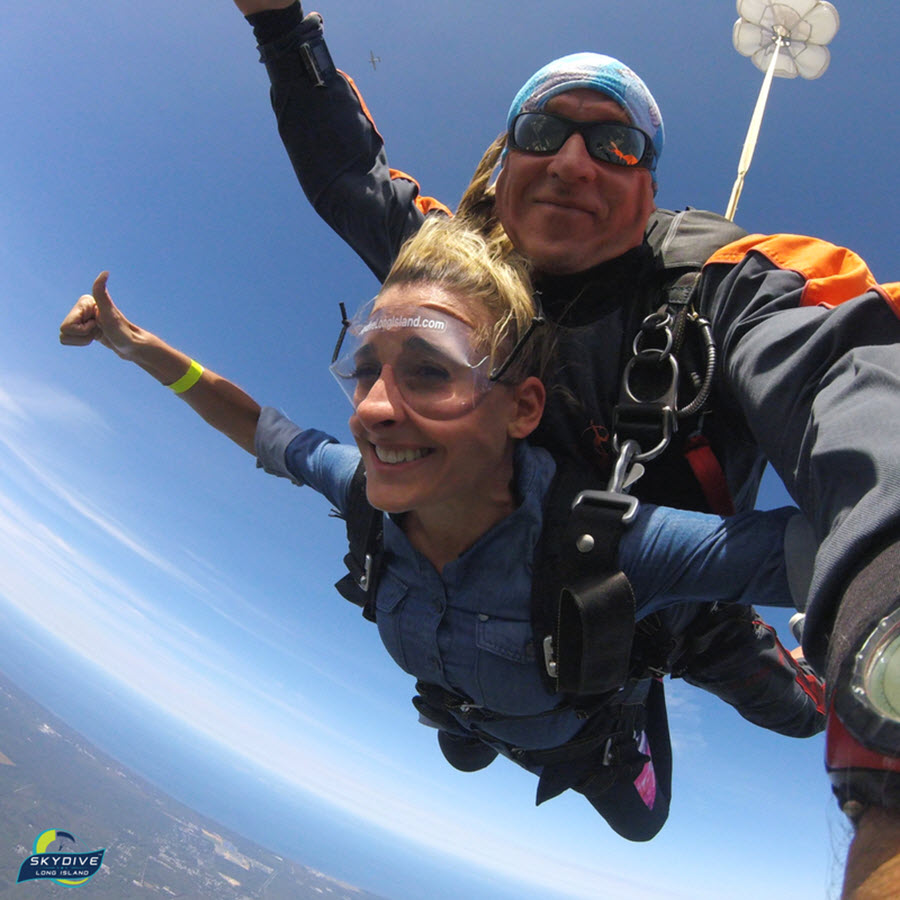 "Here's to the crazy ones. The misfits. The rebels. The troublemakers. The round pegs in the square holes. The ones who see things differently. They're not fond of rules. And they have no respect for the status quo. You can quote them, disagree with them, glorify or vilify them. About the only thing you can't do is ignore them. Because they change things. They push the human race forward. And while some may see them as the crazy ones, we see genius. Because the people who are crazy enough to think they can change the world, are the ones who do."

When you tell someone you're going off to make a skydive, there's a high probability that they're going to respond by telling you you're crazy. And they are totally and completely wrong.

We don't blame 'em. Not really. After all, when you look up at skydiving from down on the ground, it's no surprise that they got the wrong idea. It does seem crazy to jump. But hear this: If it is crazy, the kind of crazy that undergirds skydiving is the kind that not only isn't bad, it's totally necessary to manifest in a healthy, balanced life.

Let's do the math, shall we?

There's a kind of insanity that drives someone to do something revolutionary, just because it feels right. It drives someone to step off the path towards your best self; your best beliefs; your best future...towards faith. And stepping off that path looks crazy to the people who are still on it, following each other blindly toward the horizon, gazing only at the back of the head in front of them. Skydiving is a training ground for the kind of insanity that serves as the foundation of a life well-lived.

First, let's just get this out of the way: Yes, you can die on a skydive. That, however, in and of itself, does NOT make skydiving a crazy thing to do. In fact, skydiving--statistically speaking--is actually safer than commuting to and from your desk job. BOOM.

If you're worried about dying on a tandem skydive at a reputable dropzone, you're almost certainly worrying for naught. You'll be much better served by worrying about the day-to-day choices you make that are a whole lot more certain to lead you to an early grave: fast food, sugar, smoking, excessive drinking and poorly controlled stress.

...Guess what? These kinds of bad habits tend to fall away when a person takes up a physical activity that s/he loves: for instance, sport skydiving.

Crazy = A term people use to control other people

When someone calls another person "crazy," they're telling them that they aren't doing what's expected of them--and trying to shame them back into line. That is not our jam.

Is it crazy to have the time of your life?

Is it crazy to take a calculated risk that promises to make you deliriously happy?

Is it crazy to challenge yourself and push your comfort zone so you're a better human on the other side of it?

Skydiving doesn't seem so crazy now, does it? Come to Skydive Long Island and see how good "crazy" can feel.

I went in to do a jump and walked out with a much greater experience than I expected and a new circle of friends.