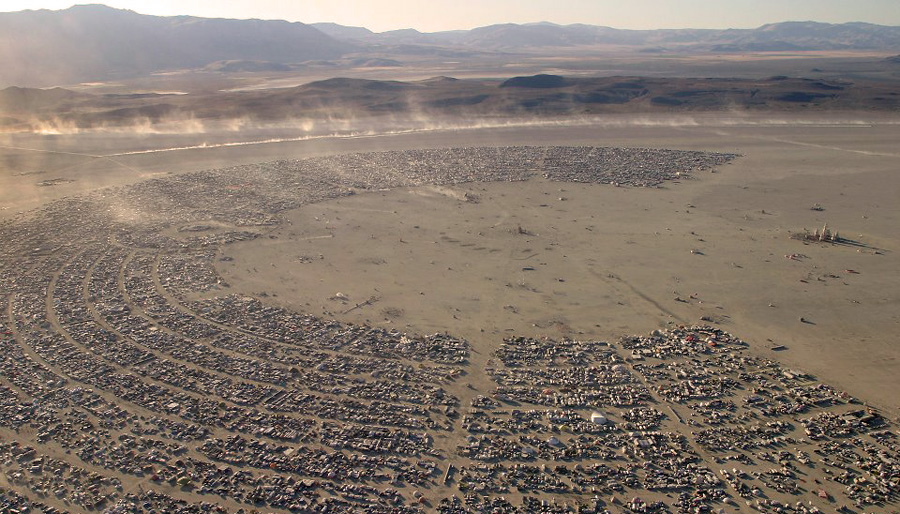 So maybe you've done your first tandem jump with Skydive Long Island, and you want MORE. You've also incidentially scored a golden ticket to the Burning Man event in Nevada, and now you're asking yourself: Can I do a Burning Man skydive?

Well, if you've done your homework and know anything about the event at all, you know that anything is technically possible if you work within the structures of the community and follow the Ten Principles. (That's what we love so much about it, naturellement.) That said: this is assuming you aren't the type of person who's going to put in what might well amount to a couple years' worth of volunteer work to get a few jumps set up for your beautiful Sparkle Pony self. Ready for a real-talk Q&A? Hope so. Cause here it goes.

Can you skydive into Burning Man?

Getting right to the tender bits, ain't we? The answer is yes, as profusely evidenced by the fruits of a twenty-second Googling. You can skydive into Burning Man. But - if you're not organizing all the moving parts yourself - you'll need to go through the Burning Sky camp to do so, and you'll need to demonstrate a logbook that proves that you have at least 150 jumps. 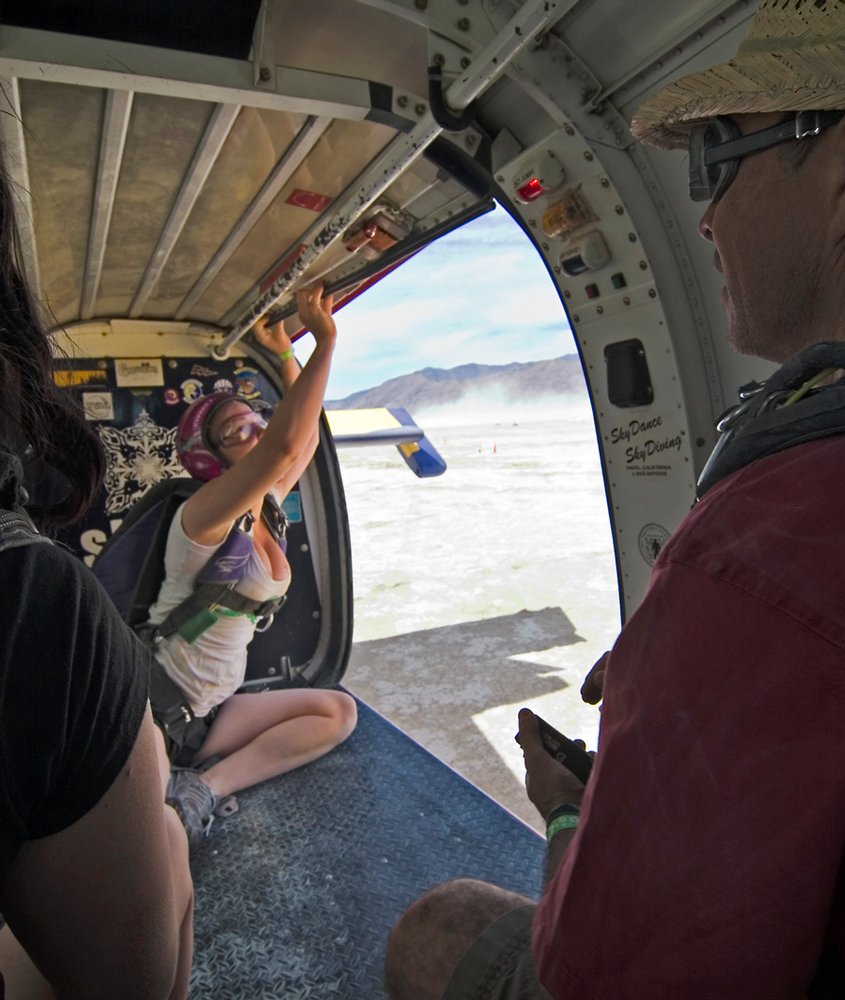 Can you wingsuit into Burning Man?

If that's what you're into (and you satisfy the aforementioned criteria), sure.

Where can you land?

You can land in the dust. This means that alkaline dust will get in every nook, cranny and crevice of your gear. It will work itself in there on the molecular level. Your skydiving equipment will never, ever be the same after landing at Burning Man, and the jury is still out as to how much damage that stuff will actually do.

But seriously: Where can you land?

Can you tandem skydive into Burning Man?

Probably not. Occasionally, a camp will arrange tandem skydives into Black Rock City, but it's a very rare occurrence (because it's an all-out ballache for the organizers to make it happen and pure hell on the equipment**). The jumps have historically been distributed by means of a semi-occult lottery system that requires would-be tandem students to show up at a specified location at 04:30 to jump through a rigorous set of emotional hoops and decide amongst them who gets the jump. Suffice it to say: Do not plan on making a tandem jump into the Burn. (In fact: don't plan on doing anything at the Burn. That's not what the Burn is for.)

Sheebus. Why is Burning Man such a difficult place to skydive into? I'm used to just buying a ticket and manifesting for a load. This is ridiculous.

Y'know all the challenges of living in Black Rock City? The challenges we all love to bits? The dust storms and the flash floods and the blazing heat and the plagues of locusts and all that? (And of course the playa dragons.) Add all that to the operational difficulties of a 100%-volunteer-staffed pop-up dropzone and you have yourself an idea of what skydiving at Burning Man is like. You can manifest at 8AM and be waiting at the BRC airport for a load that finally goes at around 2PM, only to look out the door and discover that a random dust storm has completely obscured the city. Have fun!

How much does it cost to skydive into Burning Man?

A lot, even if you have your own gear. Check out the Burning Sky web presence for the details.

Can I go up for an observation ride if I don't want to jump?

If you're lucky and/or convincing enough to get it gifted to you, sure thing. 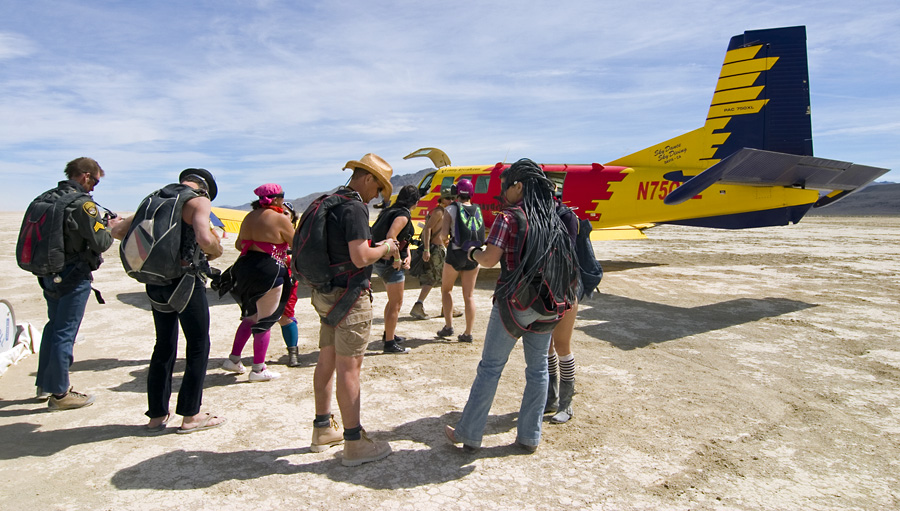 Is any of this free and/or simple?

Doesn't matter, though. Skydive Long Island's skyfamily ends up at the Burn every year, rocking our dusty sequins and our powerful day-six smells in the BRC sky. If you see us, kidnap us for a coffee at Center Camp and we'll tell you all about it!

** From an ePlaya post by Burning Sky: "Tandems aren't done by our camp for a simple reason. A tandem rig is someone's $6000-$8000 investment in a means of making a living. These are full-time, professional instructors who use the gear to feed their families, keep a roof over their head, etc. The playa is simply too harsh of an environment to jeopardize that gear. [...]There are no restrictions or rules against making a tandem jump into Burning Man and you don't have to jump with Burning Sky. We don't have a monopoly on the playa. Anyone with the certification, training, gear and airplane can share the space. It takes considerable advance planning and isn't cheap to ferry a plane and the needed fuel in, but it can be done. Be sure to coordinate with the airport."