Do People Pass Out, Pee Their Pants, Scream or Puke Skydiving? 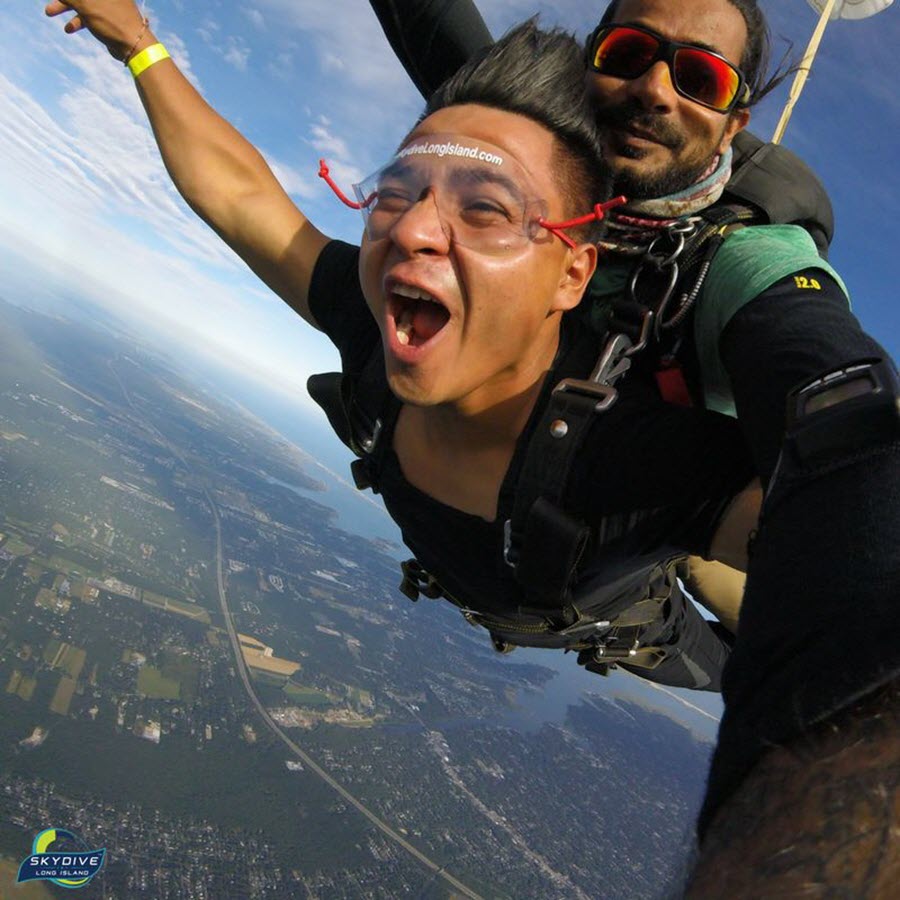 Maybe you frame the risks of skydiving a little differently than the average bear. When most people are chewing their fingernails at the thought of physical injury (or worse), maybe you've checked out the safety statistics on skydiving and you're way more worried about--well--some other stuff you've heard about. Maybe you don't even bat an eye at the thought of dying on a skydive, but you're not even close to okay with the idea of puking in front of your friends and family--or becoming the star of a viral video where a skydiving tandem student passes out in midair.

Y'know what? We get it. You should totally have the full information about what you're getting into, from the standpoint of dignity as well as safety! Since we get these questions more often than you'd think, we've decided to break it all down for you here.

Do people pass out skydiving?

Well, yeah. The thing is that it's very uncommon--and pretty much always preventable! People who pass out on a tandem skydive usually made one of the following mistakes:

These are all easy pitfalls to avoid, right? We think so. As a side note: The reason passing out on a skydive is so uncommon is that your brain wants to be firing on all cylinders for this.

Yep. They sure do. Most folks who throw up on a tandem skydive do it on account of the same mistakes described above, but others were just handed a bad hand as far as a natural predisposition to motion sickness. If you already know that you tend to get motion-sick, do yourself a favor and pre-medicate yourself just as you do when you're getting on a boat or a long, twisty car ride. You know the drill, right?

Do people pee their pants skydiving?

Most folks don't come up with this one out of nowhere. If you already have problems with urinary incontinence, though, you might be concerned about what the cameras that will be trained on you during your landing might pick up.

This author (and those surveyed) has never seen this one in real life. Maybe someone made a little tiny piddle up there on opening, but nobody down here figured it out. The body's natural reaction to fear, interestingly enough, is to hold it in!

Hell yeah! It's not just okay, it's expected and accepted in this sport! There's nothing particularly undignified about letting out a huge holler--or several--in the door, in the air and under your parachute. Screaming isn't just an expression of excitement. It helps to fully relieve the anticipation you've been building up and to help you feel the joy--the rush--in every fiber of your being. There's a reason so many elite airborne troops name themselves by some form of the moniker "The Screaming Eagles."

Here's some more of the science behind screaming, if you're curious

If you're worried about any of this stuff, rest assured that you're not alone! Duck under the mistakes, challenge these fears and make a jump. We're here to help you do it!

Everyone was super friendly. Skydiving for the first time was amazing and the instructors made the experience very fun.