Skydiving Safety Facts | How to Stay Safe When Skydiving 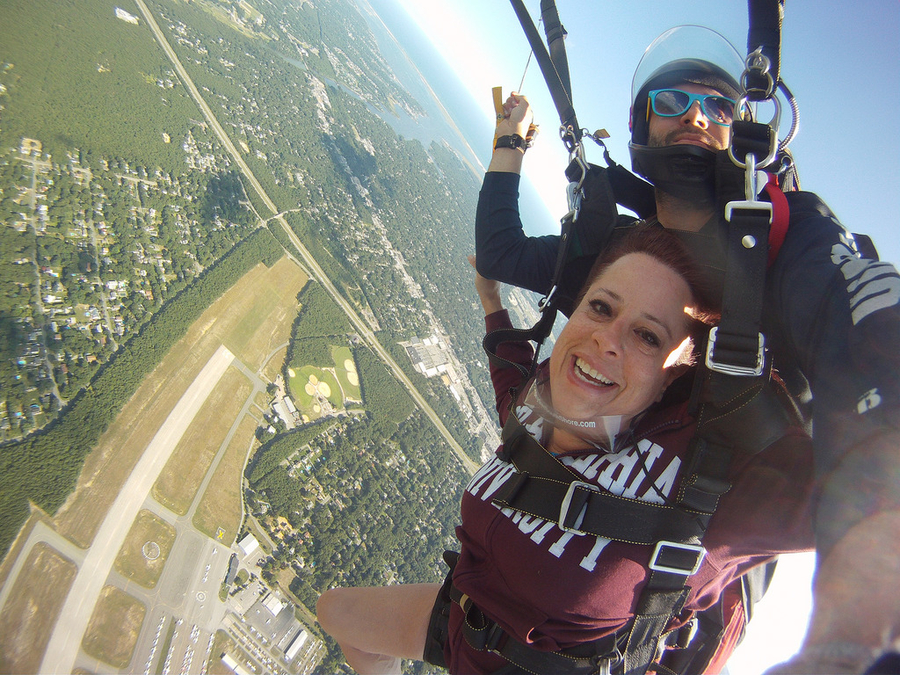 How to stay safe when skydiving

Whether you're thinking about skydiving for the first time or you've been doing it for years, you'll want to know that you'll be safe during your jump.

As a community, skydivers are highly risk averse. It's a common misconception that, because we take part in an adrenaline sport, we must enjoy risk. But the reality is that we want to enjoy skydiving for many, many years and as such, we do all we can to stay as safe as possible.

Skydiving safety facts prove that the number of fatalities and injuries is decreasing every year. That's because skydiving as a sport is evolving. There are a number of companies right here in the USA who produce skydiving equipment from parachutes to the automatic deployment devices we use. They constantly look to improve what they do and that's what makes our sport safer every day.

There have been great advances in skydiving equipment over the years. Here are a few of the main advances that have made our sport safer than ever:

Automatic activation devices, or AADs, are small electronic devices which deploy the reserve parachute in the event the skydiver is unable to do so.

First invented by Cyprus in 1989, the AAD was a huge advancement in skydiving safety. Today, the majority of skydiving centers require their jumpers have an AAD installed in order to be able to jump. There have been notable examples of people's lives being saved by AADs.

Skydivers accept the risk that their main parachute could malfunction, meaning it could fail to open or function correctly. In this situation, the main parachute is 'cut away' from the rig and the reserve parachute deployed in its place.

Prior to the introduction of the AAD, this 'cutting away' was done using capewells which could themselves malfunction or be difficult to use. The three ring release ensures the main parachute stays attached when we want it to be and is easy to remove when we don't.

Staying safe when skydiving isn't just about the equipment used. The best way to stay safe is to be trained to make the most of every skydive and to cope when things don't go to plan.

Skydive training is military in style. By this, we mean there's a lot of repetition and a very regimented approach to ensuring everyone learns what must be learned during their first training, nothing more, nothing less.

This includes how to be safe on board the aircraft, how to exit the aircraft safely, how to assess the parachute once it's deployed, how to pilot the parachute down to the ground and what to do if anything goes wrong.

The role of the USPA in skydiving safety

For those folks making their first skydive and doing so as a tandem - strapped to an instructor - the main safety point is around the instructor and the center at which they jump.

The USPA (United States Parachute Association) is the overseeing body for the sport of skydiving to which skydiving centers and skydivers themselves can affiliate. The benefit of being an affiliated skydiver or skydiving center is that the USPA provides a clear set of safety guidelines and training standards to which we adhere. For first time skydivers, choosing the jump at a USPA affiliated drop zone like Skydive Long Island gives you the peace of mind that the instructors have all passed the strict USPA exams and that the equipment being used adheres to those safety guidelines.

If you'd like to find out more about skydiving safety and jumping with us, get in touch or book your first jump today.