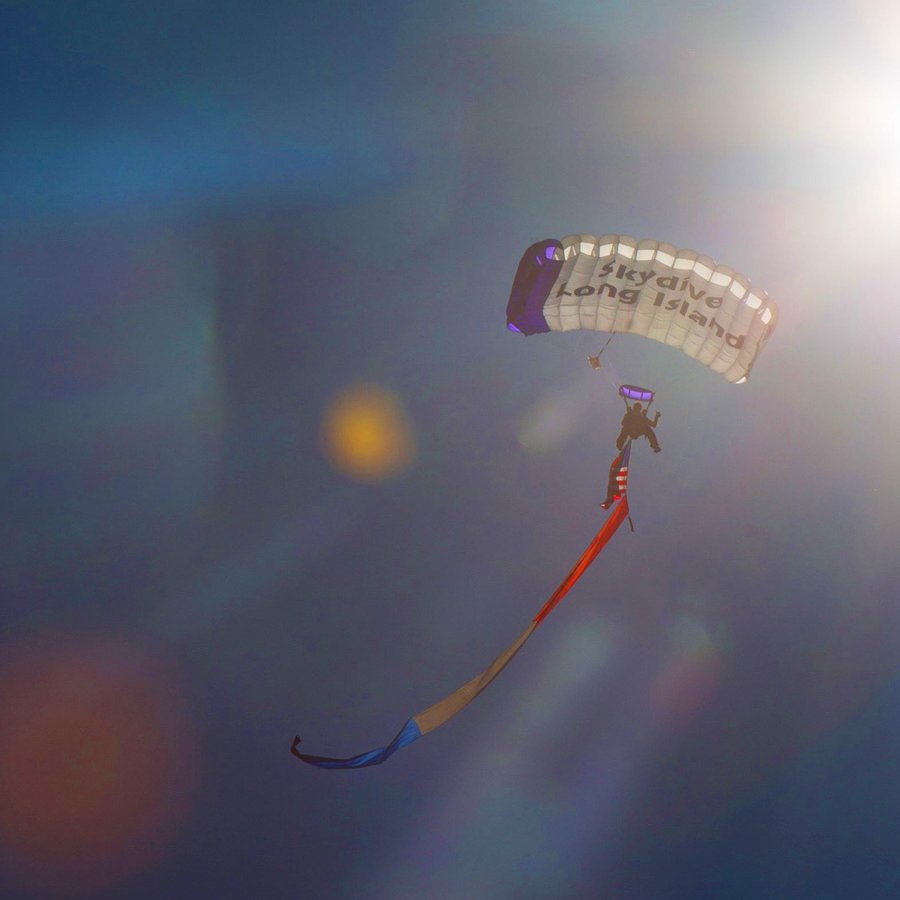 So - what is skydiving? If you don't know what you're looking at, it's easy to shout the wrong thing ("Look! It's a skydiver!") whenever you see a human form toodling around in the sky under a fabric apparatus. If you want to vault over into the ranks of the savvy though, read on and we'll give you insight into just how varied the disciplines are.

Skydiving isn't the only way to get around in the sky. In fact, it's part of a rather extensive family. Skydiving is one of a tradition of athletic pursuits that some call "extreme sports," some call "gravity sports," some lump in with "adventure sports" and others just call "pretty much the best way ever to spend the day." If you want to know what skydiving is, you'll need to meet the rest of the clan.

The United States Parachuting Association (USPA) defines skydiving - that original "extreme sport" that precipitated the term's emergence into the cultural lexicon - as follows:

1: The descent of a person to the surface from an aircraft in flight when he or she uses or intends to use a parachute during all or part of that descent.

2: To jump from an aircraft with a parachute.

The key elements here are "aircraft" and "parachute." An "aircraft" has to be just that: a vehicle moving through the air. The aircraft doesn't have to be an airplane - it can be a hot-air balloon, a microlight, a paraglider with a tandem harness to jump from, or a big ol' dirigible. The "parachute" must be present, but it doesn't have to be of any particular kind. It can be an old-school round or a modern ram-air (square) number. These days, it's almost always the latter.

Skydives are performed using a "two-parachute system," which comprises of a "container" (the backpack into which the fabric is folded) and two parachutes: the main canopy and the backup parachute (or "reserve") in case the main one malfunctions. In most skydiving systems, there's a device installed which opens the reserve parachute in the eventuality that the skydiver does not or is not able to open his/her own parachute unaided. These failsafes permit the stupendous statistical safety of tandem skydiving (which is heavily regulated).

What is BASE Jumping?

BASE jumping is the sport of jumping - while wearing a one-parachute safety system - from non-moving objects. These systems are designed to open quickly and on-heading in a perilously short space of time. There is no reserve canopy in a BASE-specific container.

The term "BASE," in fact, is an acronym that stands for the objects most commonly jumped (so you can think of it as B.A.S.E. jumping):

Because BASE jumping does not meet the Federal Aviation Administration's definition of its jurisdiction ("the descent of an object to the surface from an aircraft in flight"), it is not overseen by the FAA or any other regulatory body.

What Is Hang Gliding (and Paragliding)?

While the sports are functionally similar (and administered, in the US, by the same organization), it's important to note that paragliding and hang gliding are totally separate sports. Most pilots will do one, and not the other.

Unlike the previous two airsports, neither involves jumping, nor do they involve the deployment of a parachute from a container. Conversely, paragliding wings and hang gliding wings are both designed for the up as well as the down. They use lift to draw the pilot and glider upwards, potentially conveying him/her over long distances and extending the airtime for hours before descending safely to the ground.

To that end: paragliding and hang gliding wings are launched, not jumped. After connecting to the wing, the pilot doesn't board any kind of aircraft. Instead, they become the aircraft. The pilot simply steps into the gentle breeze at the launch site until the wing lifts her into the air. From there, the pilot - unlike a skydiver or BASE jumper, whose main concern would be to find and steer back to a safe landing area in a short period of time - picks a direction and goes on a journey. Pilots stay aloft using ridge lift or thermal lift. Skillful hang gliding and paragliding pilots have flown more than 500 kilometers, climbed up to 4,526 meters above the ground and been in the air for more than 11 hours.

Tandem paragliding and hang gliding flights are a popular introduction to the sport, and are available at most major launch sites worldwide.

...And the Rest of the Family

Within these major groups, sub-sports and disciplines abound. Tiny paraglider/skydiving canopy crossbreeds called "speedwings" zip down the steep slopes of Europe and the world's backcountry terrain, piloted by both skiiers and "foot launchers." Skydiving boasts scores of disciplines and sub-disciplines. Acrobatic versions of paragliding and hang gliding send pilots on dizzying cavorts. BASE jumping can be done in a wingsuit, in a tracking suit, from a 150-foot bridge or from a 3000' cliff. There are confusing bits, too: When you jump from a hot air balloon wearing a one-parachute system, are you making a skydive or a BASE jump?

So then - what IS a skydive, anyway? Well, when you get right down to it, a skydive is arguably the most accessible, most delightful way to introduce yourself to a great big collection of adventurous hobbies. You owe it to yourself to give it a try!

Obviously, I was completely terrified prior to jumping and am truly grateful I picked a great place to do this.