Can You Breathe While Skydiving? 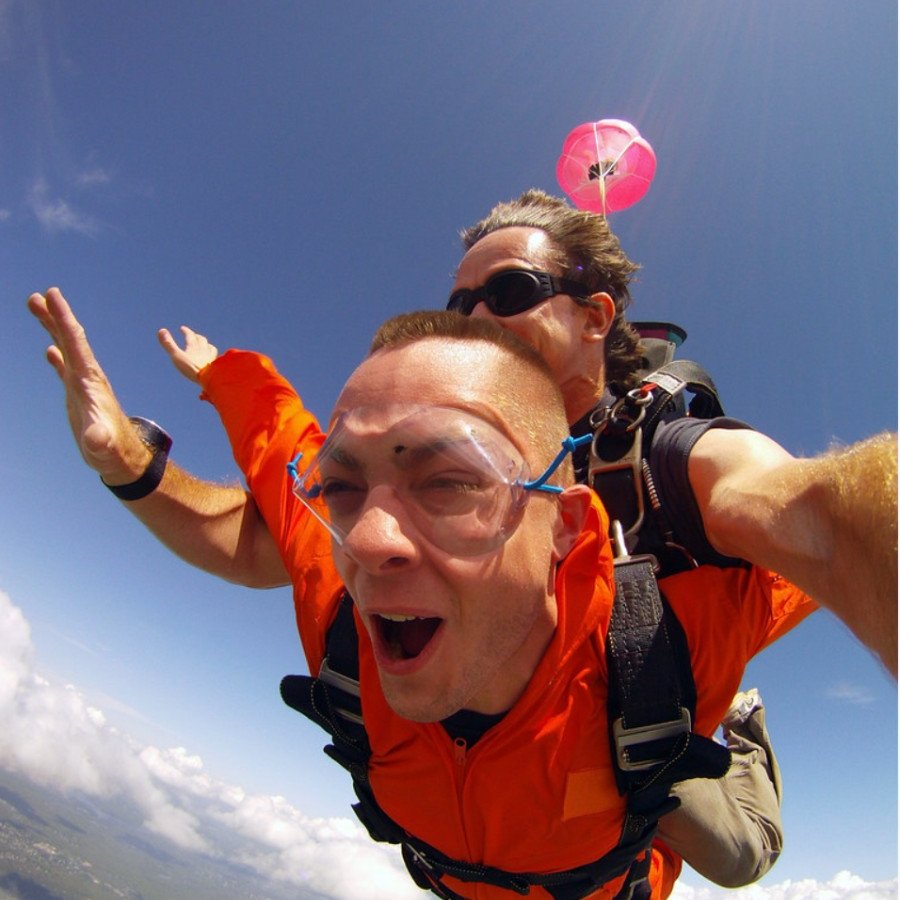 We used to believe some wacky things.

For example, when humans began weighing up the idea of freefall, it was considered smart to do so curled into a ball in case the rapidly increasing velocity would rip any extended limbs right off your body!! Thankfully this was not found to be true, and over time we figured out that we can not only freefall through the sky in a comfortable, open position, but that doing so let's you manipulate the air with very precise control.

Another common assumption is that when you are flying through the air at terminal velocity (around 120mph) it can be difficult to breathe. A normal thing to worry over, for sure! So, can you breathe while skydiving? Yes you can - and just as easily as you are right now. Here's why ... 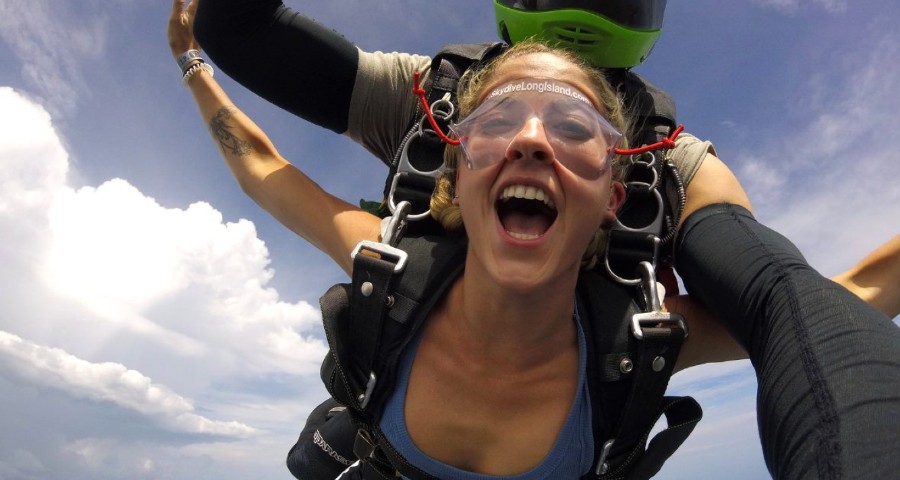 When you skydive, your body is moving through the air rather than the air being blown at you - but the effect is the same. This 'relative wind' is a strong enough force to help you stay stable and to even move around in freefall, but not too much that it makes it hard to breathe.

The best way to see this at work on the ground is by putting your hand out the window of a moving car. You can feel the power created by the air bouncing off your wiggling fingers, and if you were to stick your head out the window you'd be able to breathe that rushing air just fine - like a dog can! As another example, think about your breath while riding on a jet ski or speed boat. It's no sweat, right?

Skydiving is a monumentally exciting thing to do, and leaping out through the open door of an airplane into the sky is perhaps the very definition of 'breathtaking'. In this particular case, it means that skydiving is so stimulating and wonder-filled that you might literally forget to breathe for the first second or two after you jump. Don't worry! Your body knows what to do and will carry on breathing all by itself. 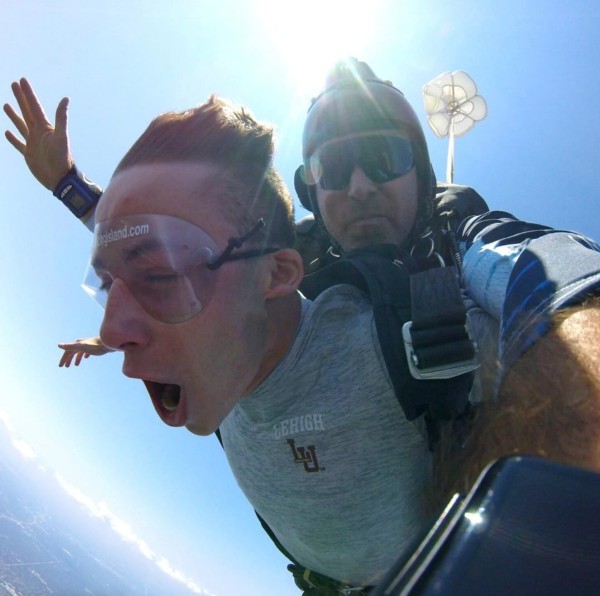 To make sure you let it out, yell! You can't hold your breath while screaming, WOOHOOOOOO!

While the relative wind does not make breathing at all difficult, it does make talking impossible. The noise from the wind gets louder the faster you go, and although it's not enough to hurt your ears, it is enough to make talking or shouting ineffective.

Skydivers communicate via hand signals and gestures, and (importantly) head to altitude with a plan which everyone knows. So, despite all those movies that make it seem as though you can hold conversations in freefall, this is not so. Once the parachute opens, however, you can chat with your instructor the rest of the way down.

The answer to how to breathe while skydiving is ... perfectly normally! Push past your anxiety about it and make a mental note to focus on your breathing (and yelling!). Have other questions or nagging thoughts about skydiving? Connect with us! We're here to support you!